I cannot believe that I am actually writing about this and can actually say the following - "I have run the London Marathon and I bloody loved it!"

Okay, so 4 days have passed since the event, but I am still positively buzzing about it.


So the morning started off at "stupid o'clock", getting ourselves up to try and force feed some porridge, toast, bananas etc before we got our kit together and made our way (nervously) out of the hotel.  The walk across London Bridge towards the tube to head across to Blackheath was beautiful and the weather was looking promising.  The next time we would see London Bridge would mean that we are almost halfway (20km mark). 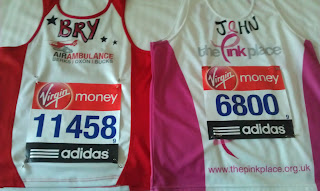 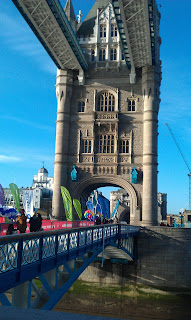 After some friendly banter on the crammed tube, we jumped off to make our way towards the start line/bag drop areas.  Nerves were properly setting in for me now and it was pretty insane to think that I was about to embark on the longest run of my life.﻿ 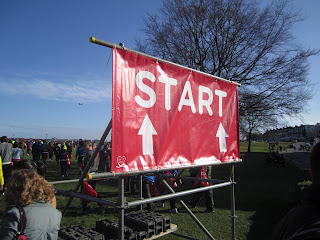 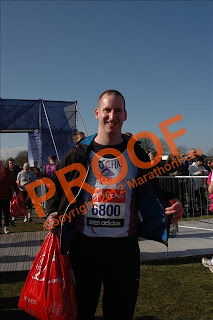 After making our way to the pen (we were the last pen - with all the fancy dress rabble), we decided to see if we can escape a little bit closer to front of pen and nearer next pen.  At 9.45am, the race started and several minutes later, we passed through here with the tens of thousands of others.....﻿ 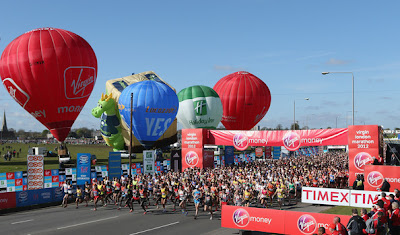 The atmosphere was out of this world﻿ and the first 8-9 miles just passed by so quickly, with the carnival feel that greeted you every mile.  People cheering your name, passing all the fancy-dress runners and getting "high 5's" from strangers were just part of the many highlights in the first third of the run. 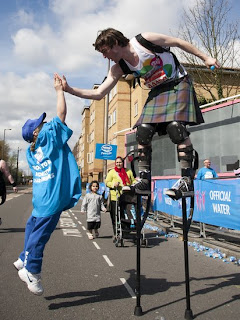 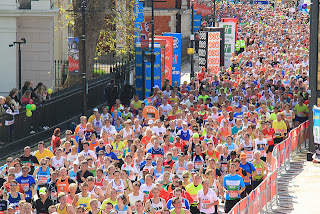 One of my absolute highlights, was passing past the Cutty Sark.  Actually seeing it in all it's glory, after a massive restoration process, I didn't care about the "bottleneck" that we were warned about round here, as it was truly magnificent. 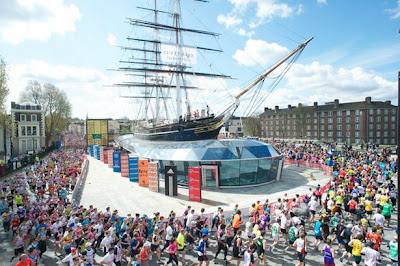 Much of the run was just about absorbing your surroundings and I was truly amazed by all the crazy fancy dress outfits.  There was someone even running whilst carrying a replica of the Blackpool tower!!  I did look out for some "celebrities" (I use this very loosely) and someone even told me "Arg" from the Only Way is Essex was running.....now, someone who has to run with a sign pointing at himself, says it all?!?!?  Some of the people we did spot (not Arg - though how did we miss him?) are below and DAVE (the near naked man in a wig), provided much hilarity for many miles.  Every time we tried to pass him to avoid staring at his bum, he'd bound on ahead.  He was truly a crowd favourite and it was amusing to see the faces of people, as they spotted him coming by. 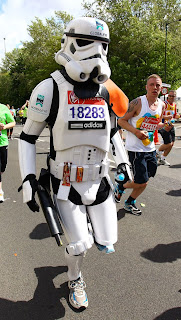 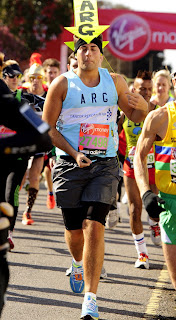 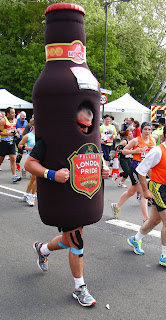 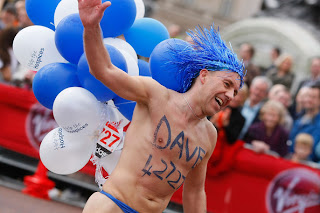 Crossing London Bridge﻿, to see the 20km sign pass, was a great feeling.  I felt strong at halfway and the pace was comfortable.  Miles 14 - 19 passed without any major issue and when I knew that we'd reached 20 miles, I knew I was now in unknown territory past that point. 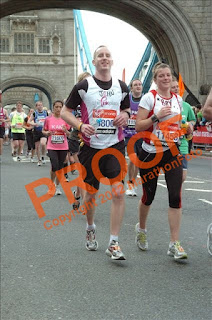 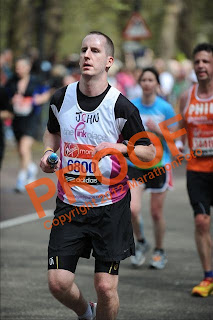 Seeing some mates around mile 18-20 (I have no idea really) spurred me on, as we both couldn't spot either of our parents, who were given detailed maps and checkpoints to hunt down, but we did not spot them once?!  We had a stretch around this point and carried on, refusing to walk and with two further "stretch stops" to help Bryony release the tension in her hip, we ploughed on.  It hurt no more to try and keep the pace up, so we figured we just needed to go for it.  Seeing the 25 mile marker was immense, but seeing the 800m, 600m countdown made it all seem so real.  I was actually going to survive a marathon and that was truly something I NEVER thought I would be able to do. 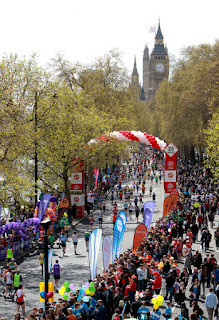 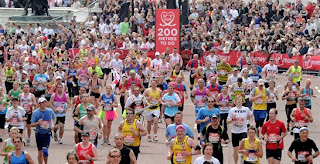 When we turned the corner at Birdcage Walk and saw the finish line, I will never forget the feeling that rushed through my body. I will also not forget the guy who sprinted past me at this point and there is a comedy photo which I will download and add later, showing my disgust at such energy!! We avoided any such sprint finishes, instead crossing the line together and achieving something that I still find hard to put into words.  Every drop of sweat, twinge of pain and step that day was worth every single minute of our 4 hours 11 min 47s that was truly a rollercoaster of emotion.
It was all for this..... 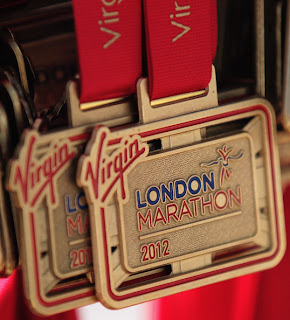 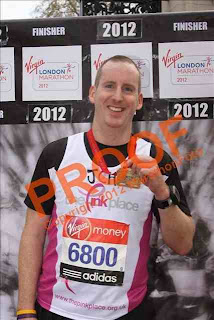 Thank you all for reading and all the support that you offered, before, during and after the event.

If you think that all of this might even deserve a few quid, to a very worthy cause, then I would be truly grateful for anything anyone can spare.  Please donate here at: The Pink Place